The vertical landscape that graces the entry of the hotel was inspired by the circular passageways known as a moon gate, that are found in classical Chinese gardens. One of the objectives intrinsic to the Hotel SLO development was integrating the spirit of Chinese culture into the design scheme as an homage to the history of this site, which had been the heart of San Luis Obispo’s thriving Chinatown. Chinese immigrants arrived as laborers from around 1870 to help build the vital infrastructure for the railroad that runs through San Luis Obispo. They built the wharves at what is now Port San Luis and produced the brick material used to construct many of the town's original buildings. The Chinese community was essential in the development of San Luis Obispo’s growth into the twentieth century. Today, only a few signs remain of their once active presence. It is the intention of Hotel SLO to keep their character in the story of SLO alive.

As the graphic designer/art director for the hotel’s brand and signage scheme, it became my role to help synthesize this history with the nature of Hotel San Luis Obispo. At the entrance facing Palm Street, the architects built into the stylish design of the building, a striking wall made of corten steel as a place for the hotel’s sign. When presented with this monolithic canvas the idea for a kind of portal was imagined – a living moon gate that would metaphorically open dimensions between the past and present, as well as, east and west.

The artist who immediately came to mind to manifest this vision was David Brenner, the Bay Area horticulture-designer who is now known as a pioneer in the field of vertical gardens, most notably seen in the living walls created for the California Academy of Sciences and the San Francisco Museum of Modern Art. He has a fond connection with San Luis Obispo that goes back to when he was a student at Cal Poly, and holds a degree in Environmental Horticulture Sciences from the University. He went on to establish Habitat Horticulture in San Francisco and Berkeley. David sees his work as an integral part of the consciousness that’s moved towards a renewed desire for a closer relationship with nature. He embodies the fluency of a master mediator between nature and human nature – like those who were the original creators of the moon gate and gardens. 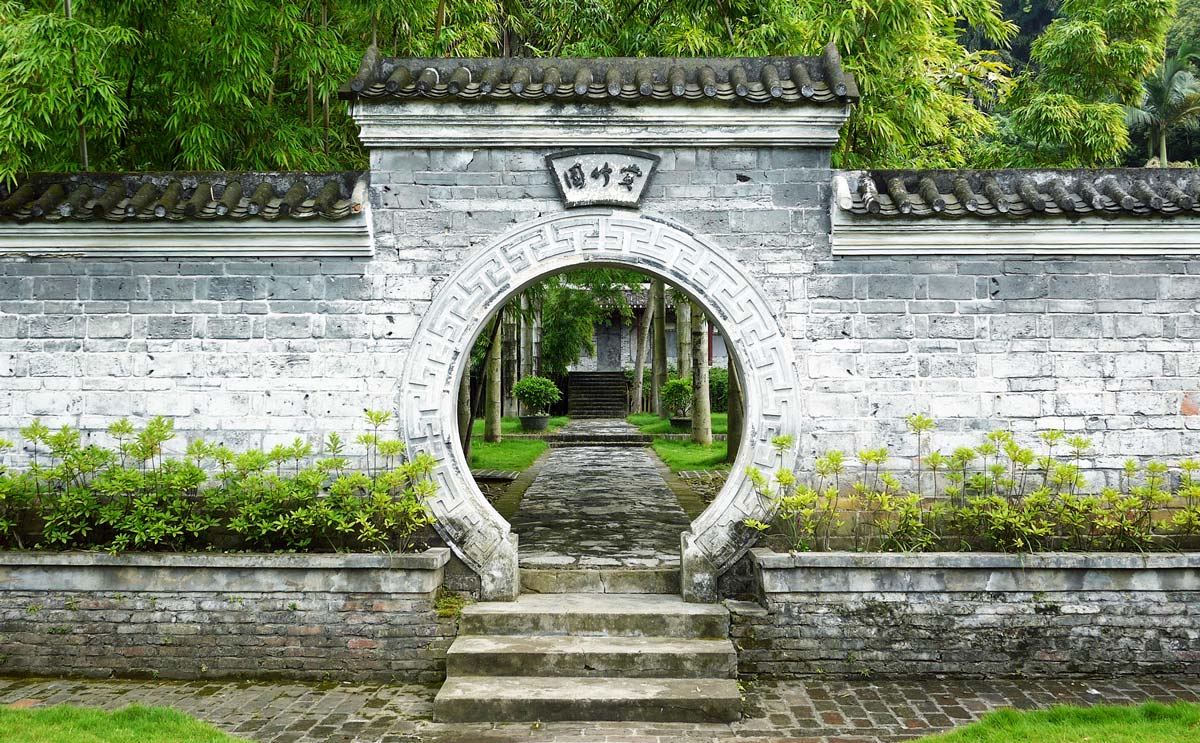 Moon gates in Chinese gardens were designed to evoke “spatial spirituality” as passageways between differing realms. I became aware of this quality on a trip to China years ago while visiting the renowned Masters of the Nets Garden in Suzhou. Wandering through the pathways and courtyards within the garden, it was clear to see that they serve as an aperture to adjacent areas. Moon gates frame thoughtfully composed foliage, stones or water features located just beyond the threshold, a characteristic known as a borrowed landscape. A living moon gate was an answer for the hotel that would integrate time and space with narrative and design. It draws on features of a Chinese garden while introducing the circle, a pure universal form that in Chinese tradition represents the heavens, and is associated with the element of metal. This meaningful aspect of the circle was a fitting complement to the steel wall – a rectangular, square form that in the same context represents earth. 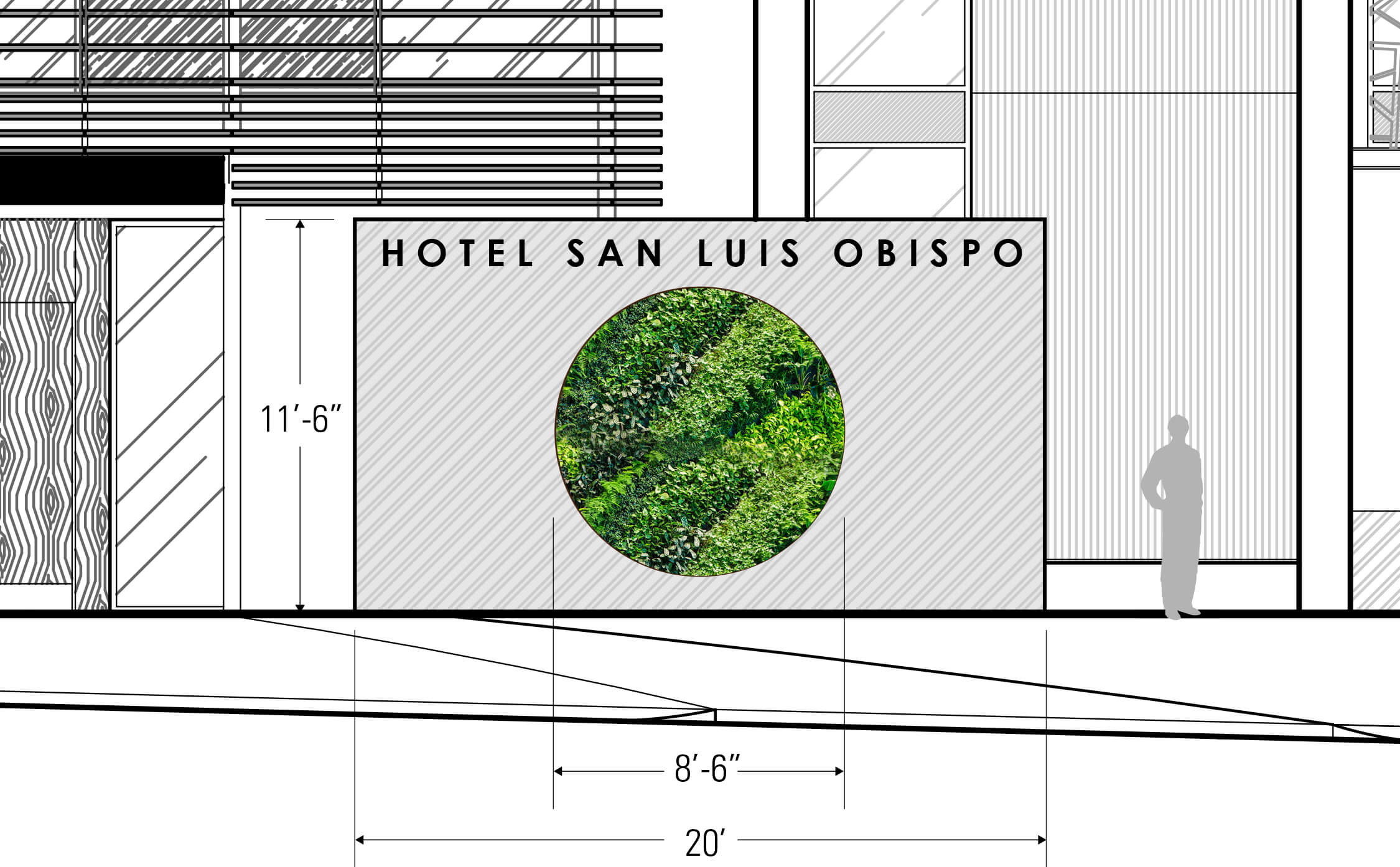 The living Moon Gate for Hotel SLO is essentially an imagined passageway that’s inspired by Chinese culture – a bridge between San Luis Obispo to its past. Yet, it is a contemporary art form seeded and rooted in the present – framing an impressionistic, flourishing landscape of native plants in a continual cycle of growth, expiration and regrowth. For David Brenner, creating living walls affords the chance not only to promote awareness of native and endangered plant species but also to have a direct impact on quality of life, and for this purpose, to honor the history and lives of the Chinese immigrants who played a vital role in the foundation of San Luis Obispo.

To find out more about the history surrounding the location of Hotel SLO and the contributions that Chinese immigrants have made to the area please click here.